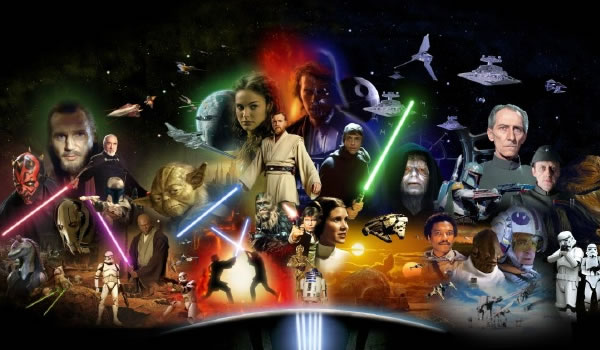 There comes a time in every geek parent’s life when they have to sit down with their youngling for an important milestone in their life.

Their introduction to Star Wars.

To be honest I’m sure the anticipation of this event is much more stressful for the geek parent than it could ever be for the padawan. What if they reject Star Wars?! What if they don’t get it? What will this mean for their future? And in what order should they watch the franchise?

I don’t have much to offer for the other questions but maybe I can help on the last one.

What order should you show your kids the Star Wars saga?

Order of production does have its merits, mainly because it preserves one of the biggest reveals in film history when Darth Vader tells Luke that he’s his father (sorry for anyone who just had that spoilt… but really??) and because everyone generally agrees that the original trilogy is superior. But it’s a different time and the big reason why you may have thought that The Phantom Menace sucked is exactly the reason why I suggest that you watch in saga order.

The Phantom Menace was made for kids.

We all went in subconsciously assuming that the franchise would have matured the same way that we have over the years but in reality George Lucas made a children’s film and we disliked it and him for it. I’m not going to debate whether or not he made a good children’s film or not, that’s up to everyone to judge for themselves.

So with that in mind here is my recommended roadmap to the Star Wars universe for taking your child through:

*The Clone Wars series provides an excellent buffer between Attack of the Clones and Revenge of the Sith which I think has a much darker feel to it as Anakin turns to the dark side. It gives you a chance to size up if your child is ready to grapple with the events in the film and buys you some time if you want to hold off.

In the coming weeks I’ll be discussing some of the conversations you can have with your kids as you watch Star Wars for the first time.

Agree? Disagree? Or do you have a completely different order yourself?

Let us know in the comments and feel free to ask any questions!