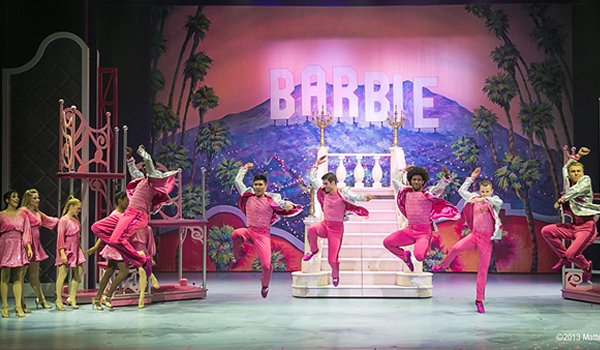 EMS Entertainment, leading global creator of high-quality interactive exhibitions, family entertainment and live stage productions, received the global touring rights to Barbie™ LIVE! The Musical from Mattel in 2012 and has been working for the past 18 months to bring this vision to reality.

“Together with Mattel we have put an incredibly talented team together which created an unforgettable show for Barbie fans around the world,” says Christoph Rahofer, president and CEO of EMS Entertainment. “Barbie LIVE! The Musical will give fans the opportunity to engage with the Barbie brand while spending time with their families and friends making memories that will last beyond the stage.”

“Barbie LIVE! The Musical leaves the audience feeling entertained and inspired; and will delight generations of Barbie fans in Australia,” said Lori Pantel, Vice President, Barbie Global Marketing. “EMS Entertainment and Life Like Touring have brought together an experienced, industry-leading creative team and brilliant cast to bring this fantastic story to life in a fun and magical way.”

With a talented cast of 19 singers and dancers, dazzling costumes, energetic songs and awe-inspiring sets, Barbie™ LIVE! The Musical is a must-see for Barbie® and music theatre fans of all ages. Tickets go on sale 9am on Wednesday 27 November from www.BarbieLive.com.au

About Barbie™ LIVE! The Musical

Barbie™ LIVE! The Musical is set on a Hollywood sound stage and follows Barbie™ and her best friend / co-star Teresa™ on the set of their new movie. When Teresa™ starts to doubt herself and her theatrical abilities, Barbie™ leverages lessons from her past taught in her popular DVD’s – Swan Lake, Princess and the Popstar, and Mariposa & Fairy Princess, to teach Teresa™ (and the audience) to be confident, believe in yourself and embrace the power of friendship. Barbie™ LIVE! The Musical features recognisable popular songs from the animated Mattel hit movies, as well as new music from distinguished producer, Robbie Roth.

About the Creative Team

Director and Choreographer, Kobi Rozenfeld, brings his reputation and global experience as one of the world’s most innovative choreographers and creative expertise to Barbie™ LIVE! The Musical From Beyoncé to Britney Spears, Rozenfeld brings a tangible energy and unique style to the stage.

Rozenfeld’s associate choreographer and assistant director, Kelly Allen has also contributed her performance style and skill to the production. As a respected & accomplished artist in the US, Allen performs and assists Rozenfeld and the multi-Emmy Award winning Marguerite Derricks, as well as Jennifer Hamilton, Alex Little, JT Horenstein, Chucky Klapow, Zach Woodlee.