We went on the Big Red Car Ride first and we able to leave our pram and stroller on the side. This was great as I asked miss Jorja age 2.5, which colour she wanted to sit on in the car, yellow, red, purple and blue. She picked purple. The girls both loved it and there was a button you could press on the car that lit up.

We then headed to go see the Dorothy the Dinosaur show which was scheduled for 11am.

This room was great. Plenty of kids toys to play with, cars, rockers, cubby houses with toys for younger babies around 6 plus months age. The show was great and the actors did well to engage the children and involve them in the show. ( Captain Feathersword pretending not to see Dorothy, as all the kids yelled out to say she was behind him etc). There was plenty of room for parents to sit down with their kids in a shaded room to watch the show.

After the show we went on Dorothy’s Rosy Tea Cup Ride and the Big Red Boat Ride. The boat ride was a major hit for miss 2,5 yo. Dorothy and Wags were then posing for photo’s so we managed to get a photo with them. 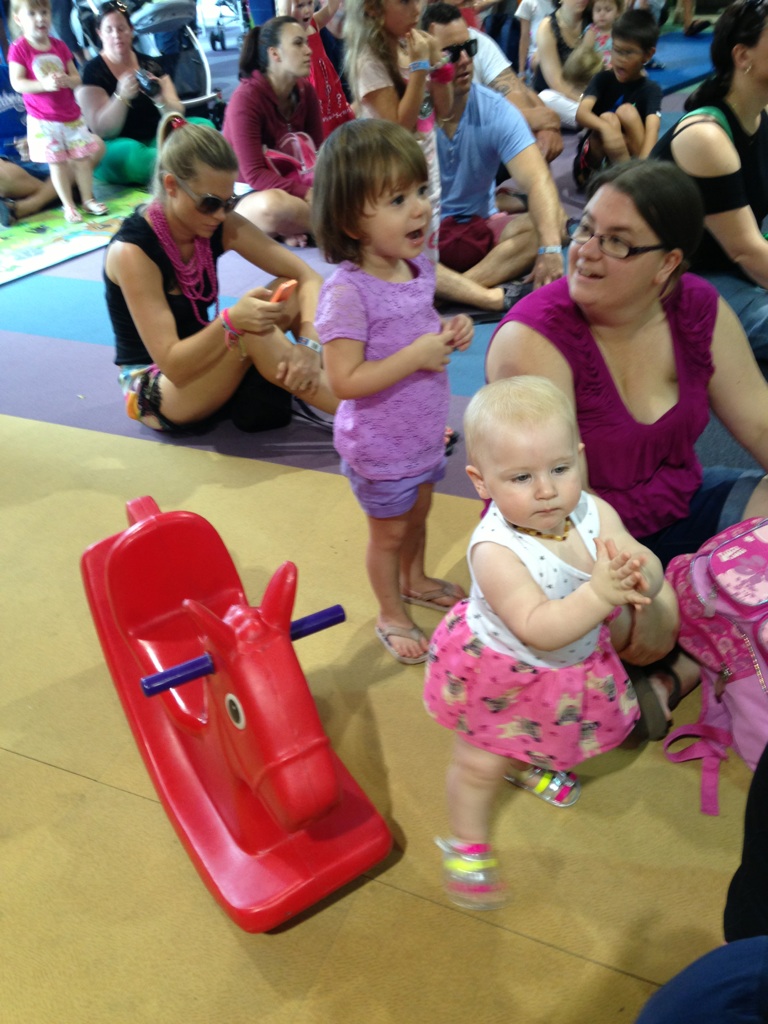 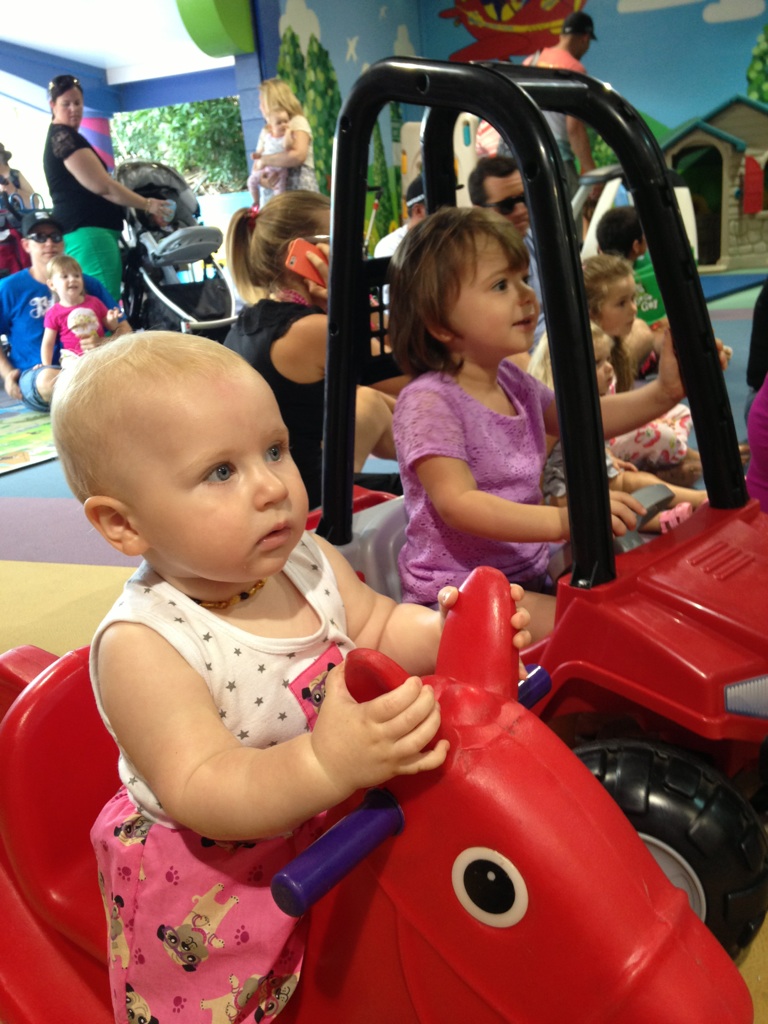 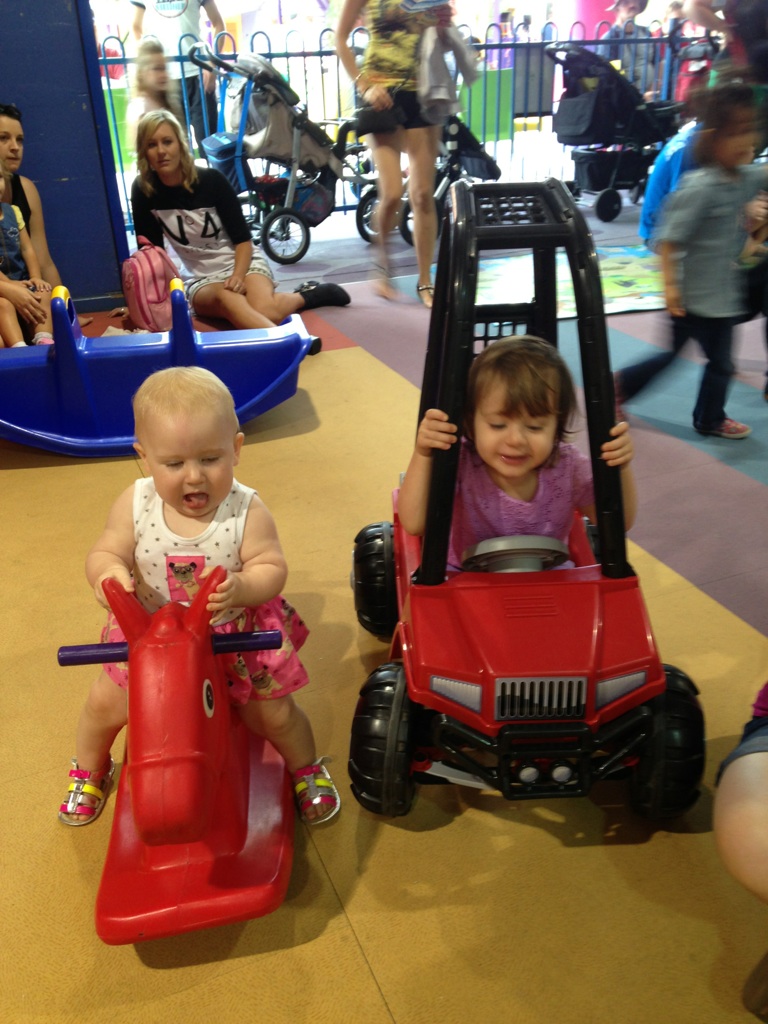 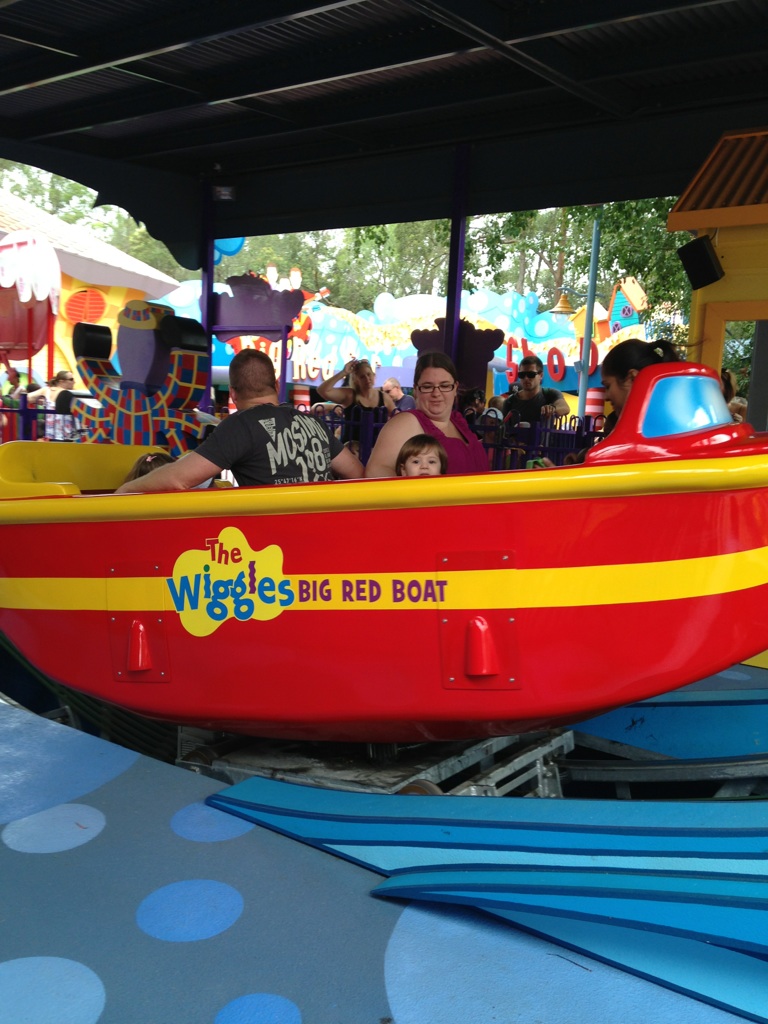 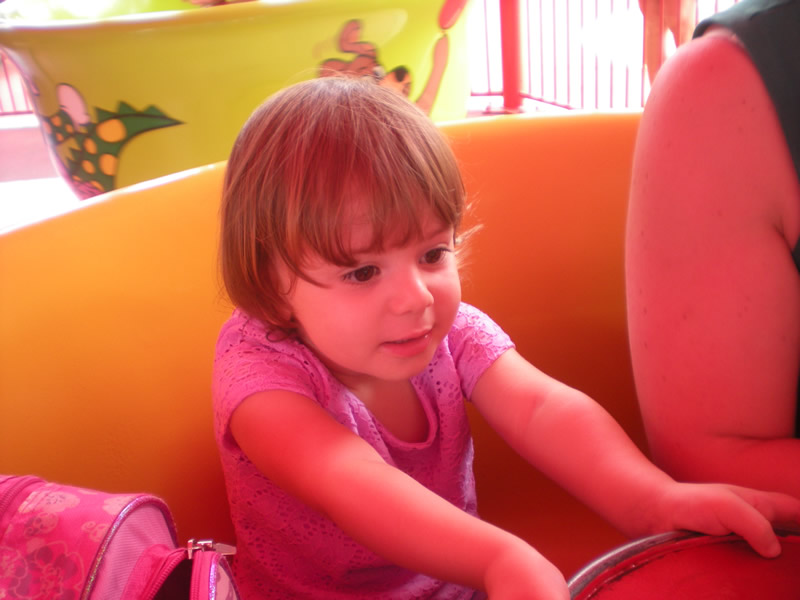 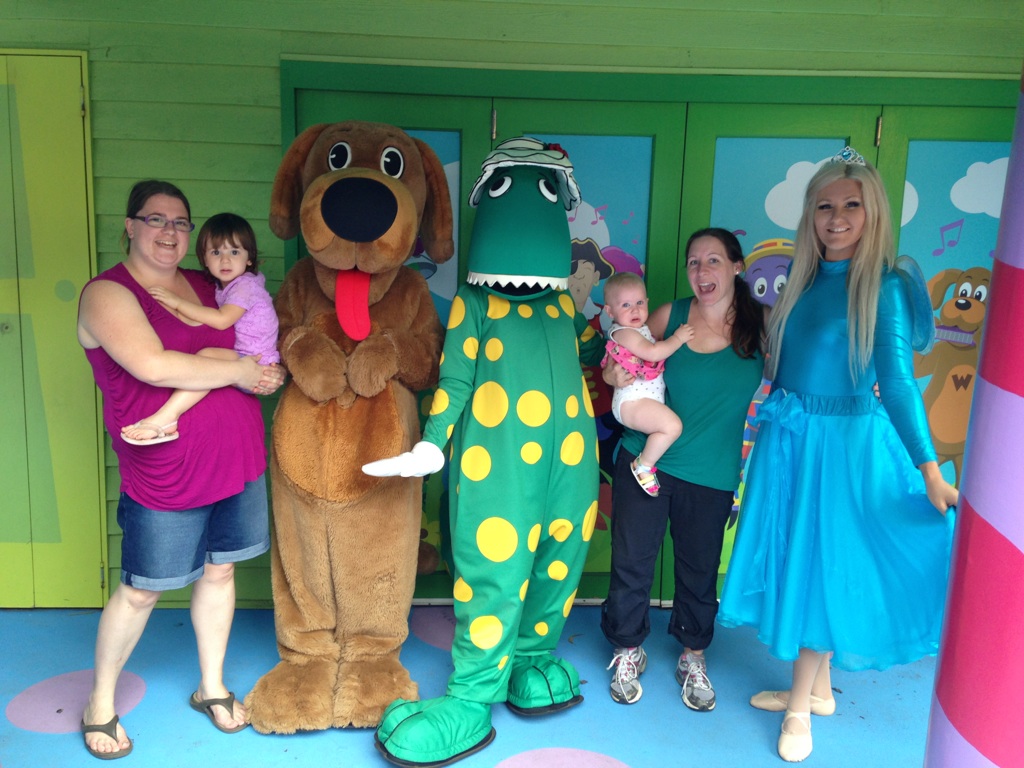 By this stage is about 12pm and we were wanting to see Madagascar Live show at 12:45. We decided to go down and see some of the animals while waiting for the show to start. Unfortunately the walk to the animals from Wiggles World was closed for a new exhibit they are doing, so we caught the train down. We jumped on the last carriage which was big enough to fit our prams.

We got to see crocodiles, kangaroo’s a koala, a wombat and dingo. There were lots of bearded dragons freely through the park which we turned into a game with the girls to ‘spot the bearded dragon’.

We found a lovely man who walked us back towards the the Madagascar show.

We found a spot up the back and went and bought some lunch, and ate while we watched the show which was also great. Children from the crowd got to go on stage and play limbo with the characters and some of the actors came out and danced in the crowd.

We found some more suitable rides for the young ones, and rode the Donkey Flyer. The girls were getting tired by now and we were holding them on the carousel. We then went on the Ogre-Go-Round, where we rode on donkey and dragon’s children’s plane type ride. The ride goes around and if you press the button in it goes up and down as well as spinning around and both the girls liked this and thought it was fun. 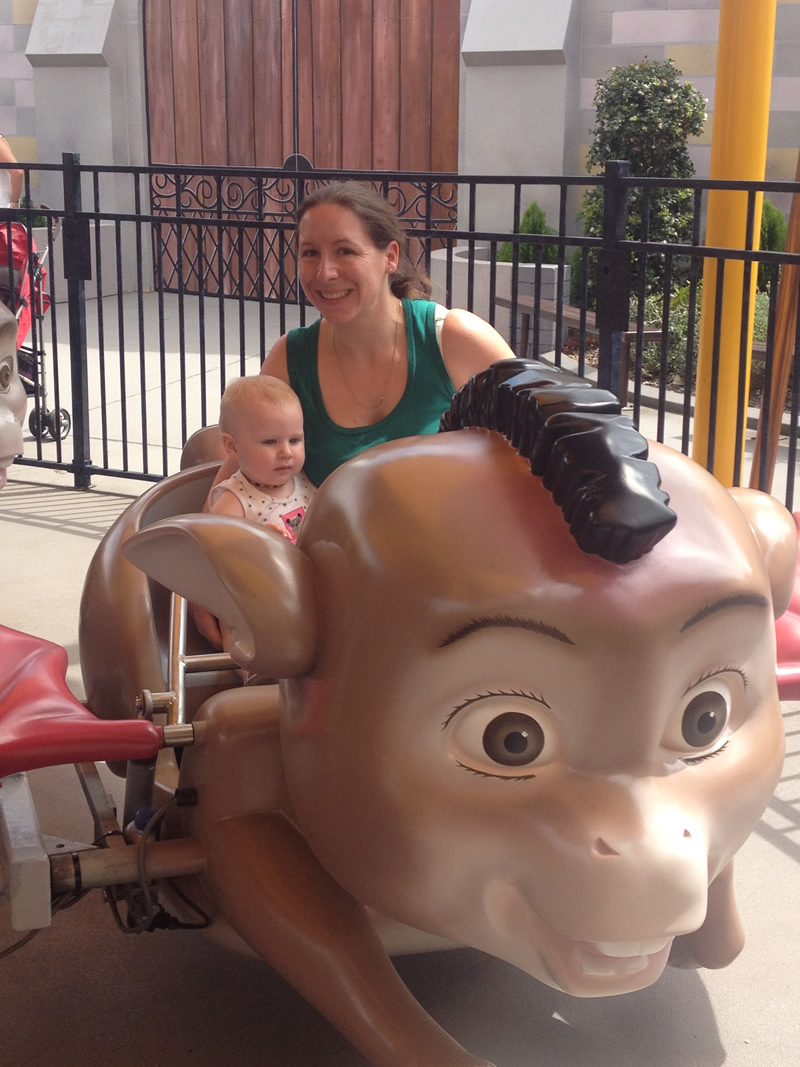 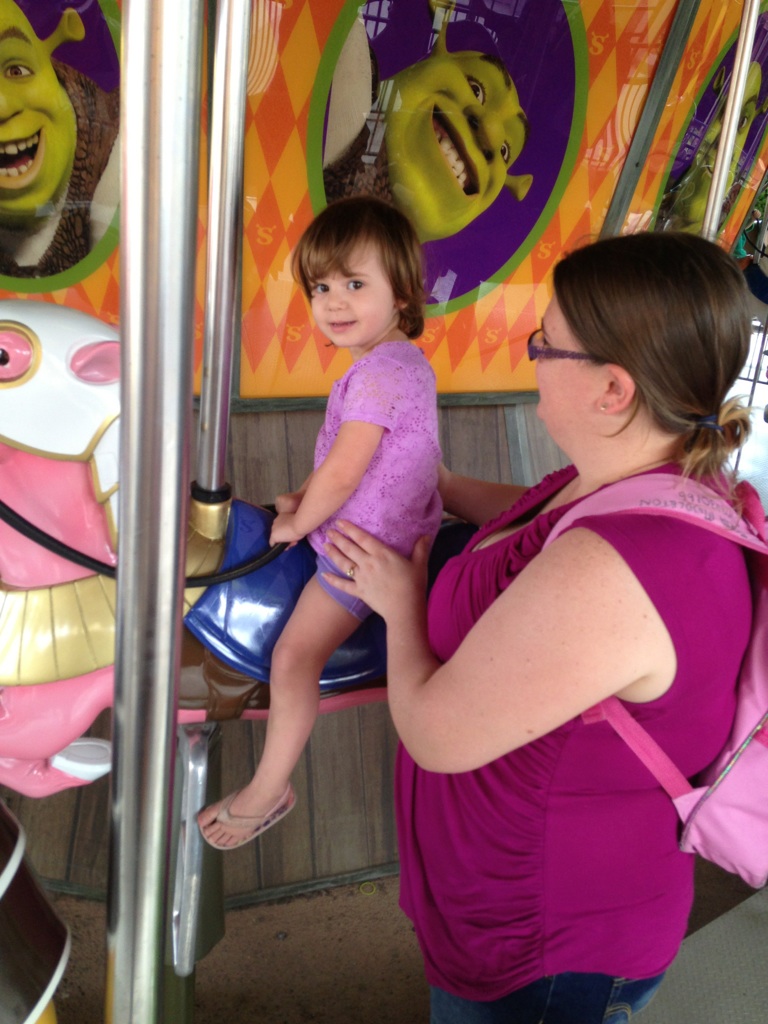 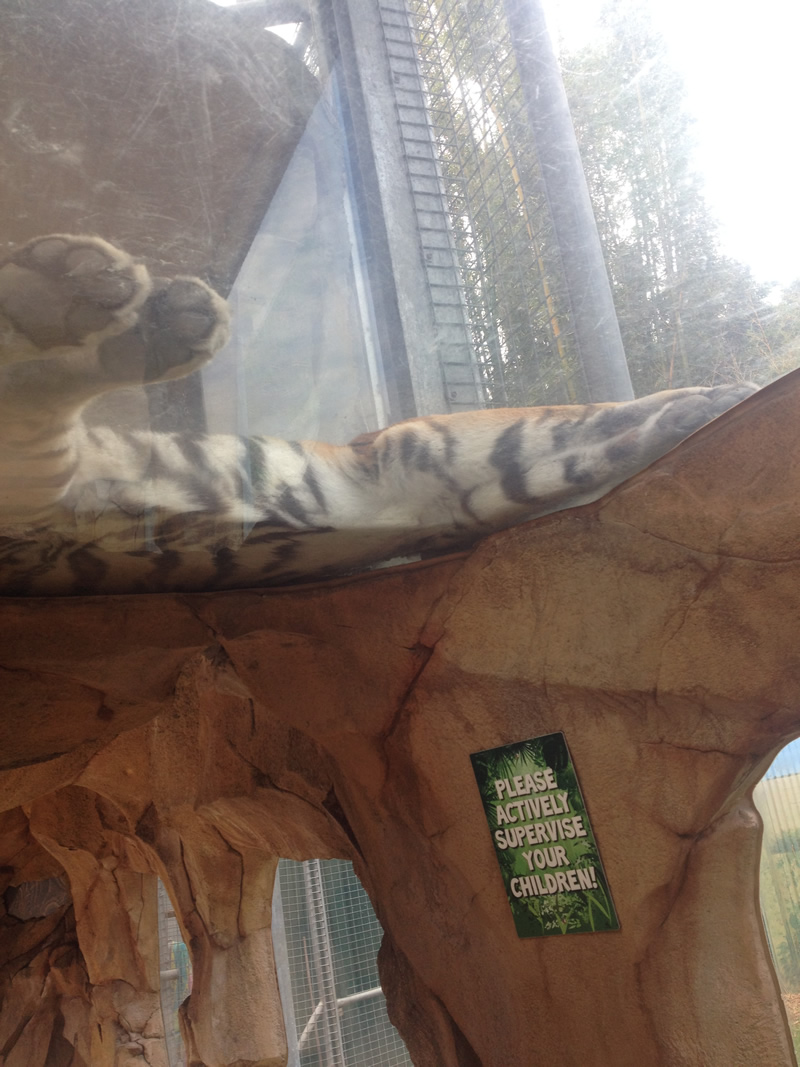 By then it was close to 2pm so we decided to go to the water park to cool down as it was getting warm. We swung past the tigers again and stood under the tiger that was lounging himself on a glass bottomed frame.

We changed into our togs then made our was to white water world.

We set up at Wiggle Bay which was under cover, but was shallow enough for the girls to walk in. There were some water slides but toddlers are a little young to go on the slides alone.

We went to the Cave of Waves, which was thankfully heated, as the day had turned overcast and we were a little cold from the water in Wiggle Bay. We hung out in there for a while and waited for the waves to come. The girls weren’t a big fan of the waves but us mums loved it! We would save the Cave of Waves for older children.

After that we quickly dried and changed the girls and headed back into Dreamworld and before leaving we went to the gift shop and bought a memento for the day.

Highlight was Wiggles World and the Dorothy the Dinosaur Show a definite must see for all kids that love the wiggles. The staff were all quite friendly and had the time to help us and ask any questions.

We decided to buy the extra passes to take the girls back, even for a short trip and they did love it.

I asked miss 2.5 yo what she liked and she said the tea cups, big red car and big red boat so these were a real hit. The girls also loved the water play.” 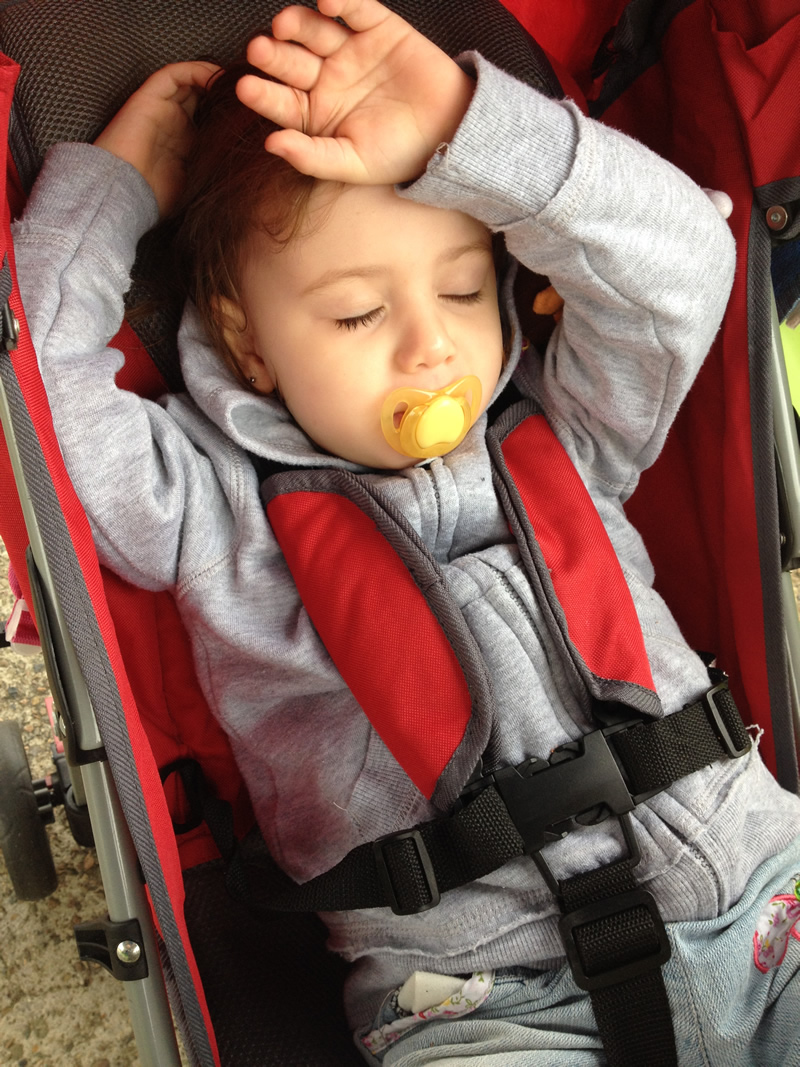 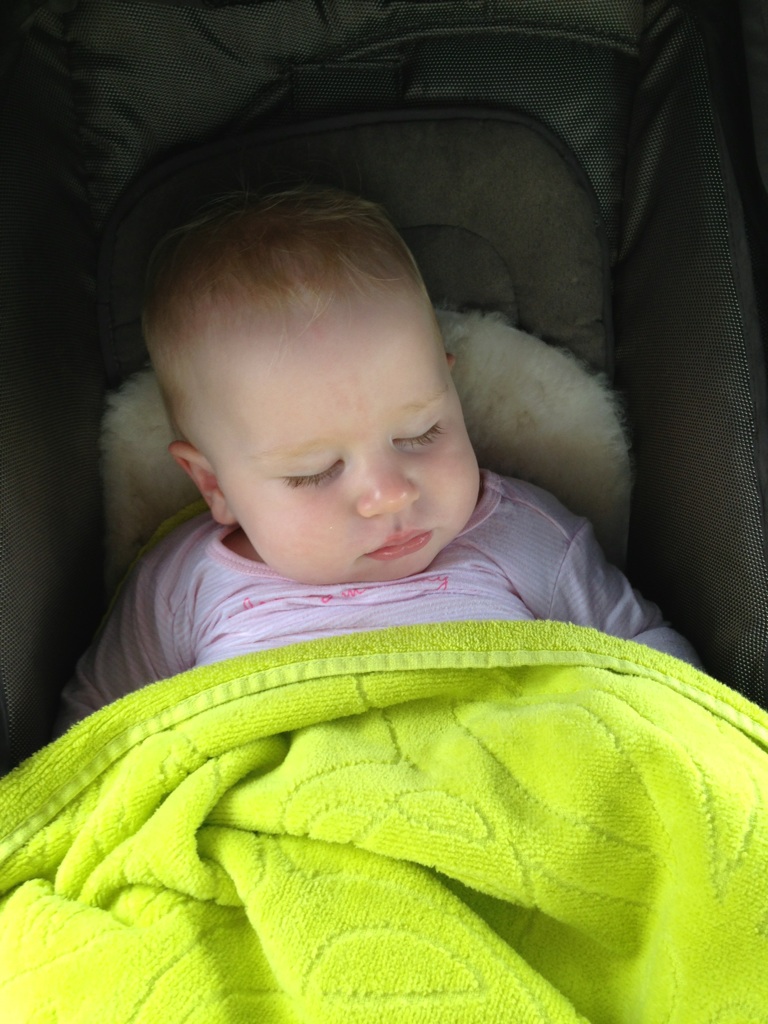 If you are planning a trip to Dreamworld download the Dreamworld mobile app before you go to make the most out of your day!