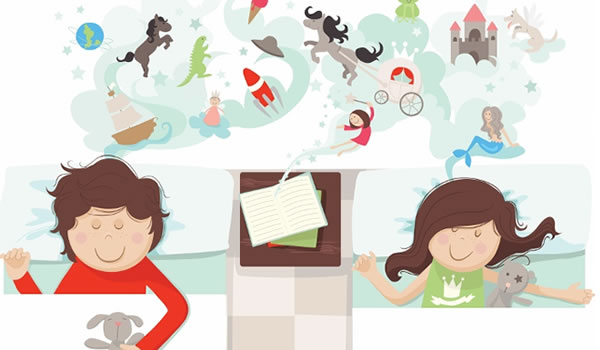 Does your child incessantly sniff? Have a cough with no cause? Twitch or blink for no reason? Then perhaps your child has a tic. But before you go checking his hairline for a small burrowing insect, read on for all you need to know about childhood tics.

Childhood tics are sudden, repetitive movements or sounds that your child feels like they have no control over. Tics often appear suddenly, most often in young, school-aged boys. They are common, affecting up to 25% of children at some stage, although some kids appear to be unaware of them. Tics also seem to run in families along with ADHD and OCD, suggesting a genetic link between these conditions.

Tics in children are divided into 4 categories:

Tics in kids can change over time. For example, a child who at first has an eye-blinking tic might have a facial grimacing tic instead a few weeks later. And while tics in children tend to occur many times each day, they can also come and go, disappearing for days or even weeks before returning.

While tics occur quite commonly in children, the percentage of kids who go on to have a chronic tic disorder is much lower. Diagnoses of Chronic Motor or Vocal Tic Disorder are made when children have had EITHER vocal or motor tics which have lasted for at least one year. Rarer still is Tourette’s Disorder in which children have had BOTH vocal and motor tics (although not necessarily at the same time) for at least one year. Compared with common childhood tics, only about 4-5 in 10,000 children will develop Tourette’s Disorder.

How you can help with your child’s tics:

While most kids with tics report that they have no control over them, occasionally children can suppress their tics for a few seconds or even minutes. Sometimes parents mistake this to mean that their child can stop their tics if they try hard enough. Unfortunately the attention, frustration and stress which sometimes accompanies this belief tends to make the tic worse.

Instead, it’s more useful early on to draw as little attention as possible to a child’s tic. Tics usually occur less often when the child is relaxed, absorbed in an interesting activity or asleep. In contrast, stress, fatigue, illness and boredom seem to increase tics for many children.

Other useful strategies include educating the child about tics, reassuring them that tics are common and often short-lived and teaching relaxation strategies to lower baseline levels of stress. Sharing information about a child’s tics with their friends and teachers can also be helpful.

For some children with persistent tics, a behavioural therapy technique known as ‘habit reversal therapy’ has been shown to be helpful. This involves teaching the child to become aware of the sensations that arise when a tic is imminent. Once the child has learned to identify these warning signs, they are taught to deliberately perform an alternative sound or action which appears more socially appropriate and which interrupts and reduces the tic. These techniques are usually taught by a Psychologist or Psychiatrist and are then practised at home.

When to seek help for tics in children:

While most tics in children will disappear as suddenly as they appeared, some will come back at times of stress. A small percentage of children with tics will go on to be diagnosed with a chronic tic disorder. Unfortunately there’s no way of predicting which of these future outcomes will eventuate.

If any of the following are present, seek the advice of your GP or Paediatrician: