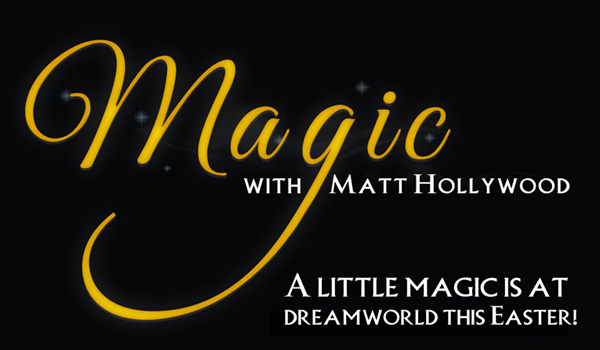 Dreamworld is pleased to announce a new attraction these Easter school holidays, Magic with Matt Hollywood.

From the man named Australian Entertainer of the Year comes an exclusive new illusionist attraction, which will be performed twice daily in the Dreamworld Cinema.

Matt Hollywood, also star of the Sanctuary Cove Illusions Magic Show and Master Magician says, “I’m excited about some brand new illusions and effects that I have been developing and I look forward to exclusively revealing them to the guests of Dreamworld.”

The new attraction starts across the weekend of Saturday April 5 and Sunday April 6 and will then be performed daily from Saturday April 12 at 2:30pm and 4:00pm and is included in the ticket price, only at Dreamworld.